The ultimate rollercoaster on the edge of Croatia’s most popular tourist attraction, strap in and experience soaring through the tree line at speeds of up to 120km/h! An alternative way of discovering the stunning landscape of this UNESCO World Heritage site, suspended 80m off the ground, you’ll get an exciting new perspective on the Croatian countryside including the region’s three 3 major valleys.

Location
This zip line course is situated 5 minutes from Plitvice Lakes National Park in the Lika region of Croatia. Neighbouring the country’s most popular tourist attraction, the UNESCO World Heritage site is one of the oldest national parks in Southeast Europe and the largest national park in Croatia. The protected area extends over 296.85 square kilometres (73,350 acres) on the border with Slovenia and Bosnia- Herzegovina. A two-hour drive from Zagreb, Plitvice Lakes National Park can also be reached by public transport from Zagreb, Zadar and Split.

Activity
Meet your instructor at the activity base near Plitvice Lakes National Park for this horizontal zip lining challenge. Start with a quick safety briefing and walk to the launch platform on the hillside that overlooks Plitvice, Sjeverni Velebit and the Gacka river.  Once you’ve been kitted up with the safety equipment you’ll be fitted into a sling (lying on your front) and suspended 80m above the ground. As you’re released you’ll speed along a 2km zip line course through the treeline – maxing out at speeds of 120km/h! Home to endemic species like wolves, lynx, birds of prey and even brown bears – keep your eyes open (if you can) for a chance to view some of Europe’s most revered mountain animals. Reaching the other side you’ll have a chance to catch your breath before you return back to the activity base.

Conditions
A 1700m zip line suspended 80m in the tree line, this custom made horizontal flying fox is designed to reach speeds of 120km/h. The cable is 15mm thick and can sustain over 30 tons of load, it’s current tension is 6,5 tons. Strong winds and poor weather conditions can affect the running of this activity, which runs from April to October. Please note that this activity is outside Plitvice Lakes – entrance to the park may incur a fee.

Cancellation policy:
moderate
1) Cancellation 10 days or more prior to the agreed activity starting date
→ You are automatically refunded for the full activity price

3) 4 days or later, prior to the agreed activity starting date, is considered last-minute cancellations
→ No refund will be made
More information
Requirements, special terms & more

Children must have permission from a parent or guardian.

Children must have permission from a parent or guardian. 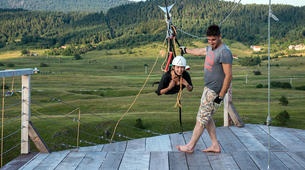 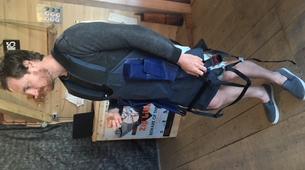 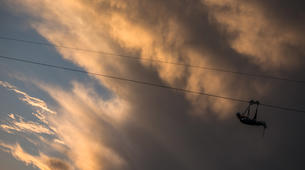 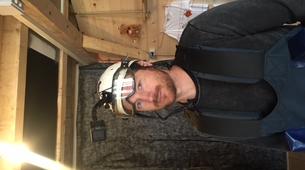 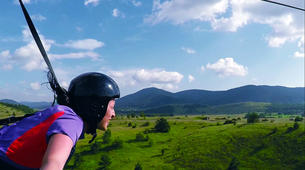 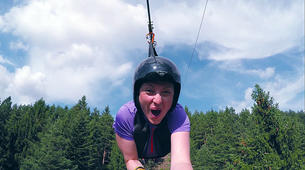 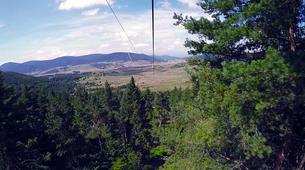 First time at 63 years young on a zipline, is was a blast! Beautiful Croatian countryside!

It was my first time on a horizontal zipline and I enjoyed it immensely. Went for a friends birthday and we had a blast.

It was fun and I felt super secure!