A privilege only a few get to enjoy! Experience this amazing helicopter flight around the Cape Town Peninsula and get a 360° perspective of Table Mountain!

Perhaps Cape Town Helicopter's most popular flight, the Two Oceans Scenic flight, will take you on a 25-minute adventure. During this scenic flight, the pilot will complete a circuit around the whole city of Cape Town, covering both bays. From the air, the rugged ocean landscape will reveal itself as you've never seen it before. The icing on the cake will be a 360° view of Table Mountain.

Two Oceans Scenic flight takes off from the V&A Waterfront, and cruises along the Atlantic Coast over to False Bay, passing over Fish Hoek and the famous surf beach of Muizenberg. Along the way, you will spot wildlife, picturesque towns, surfers enjoying the waves, and the overall sheer beauty of the region. This is guaranteed to become a memory to cherish!

The main event takes place on the way back. You will experience Table Mountain from every single angle possible! Just after that, you'll head back to the waterfront. With the Two Oceans Scenic flight, you also receive a complimentary hop-on, hop-off, red bus tour ticket.

Take off from the V&A Waterfront & enjoy a scenic flight along the Atlantic Coast over to False Bay, passing Fish Hoek to Muizenberg. Receive a Free City Sightseeing Bus Ticket with every Two Ocean Flight.

You will fly on a Robinson R44 helicopter with a capacity of 1-3 or a Airbus H120 with capacity for 4-6 passengers.

Passengers must weigh less than 130 kg.

Please get in touch with your provider after booking to arrange your hotel pick-up service (limited to the Cape Town area). 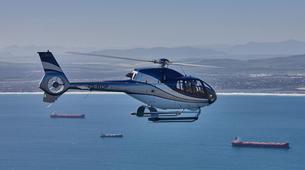 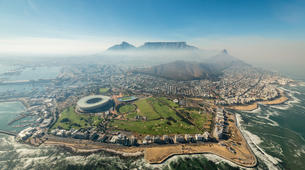 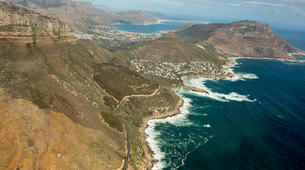 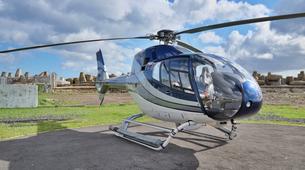 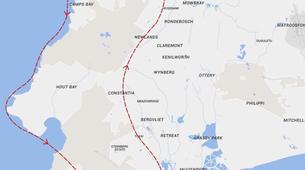 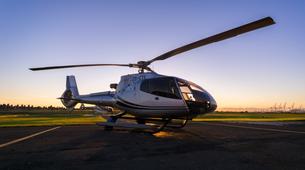 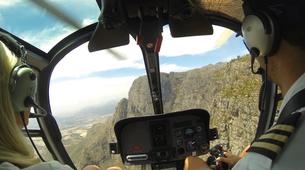 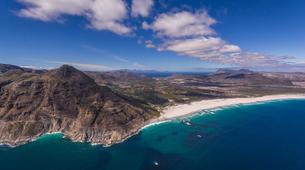 An excellent flight with a brilliant pilot/guide, Howard. Loved it.

It was very very cool to se everything from above.