Enjoy Africa's highest bungee jump and tick off the number one bucket list item! Bloukrans Bridge Bungy offers you a jump from 216 metres above sea level and will satisfy all thrill seekers out there.

There have been a number of world records associated with Bloukrans. In 2003, Bloukrans Bungy was recognised as the worlds highest commercial bungee jump. In 2008 the bridge was part of two more world records.

Face Adrenaline has played host to the likes of Prince Harry, Jack Osbourne, Thabo Mbeki, the Zuma family, Bobby Skinstad, Hansie Cronje, Fanie De Villiers, Kelly Slater, Andy Irons, The Amazing Race, and many more famous and not so famous visitors - you never know who you could meet on any given day at Bloukrans, the world's highest bungee bridge!

minimum 14 y/o
Cancellation policy:
flexible1) Cancellation 4 days or more prior to the agreed activity starting date
→ You are automatically refunded for the full activity price 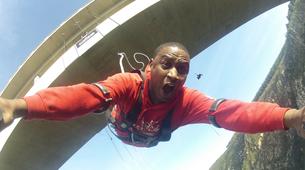 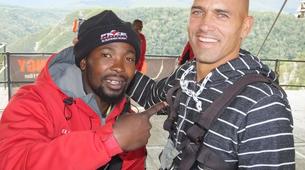 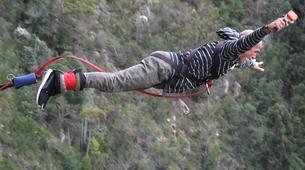 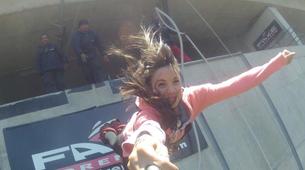 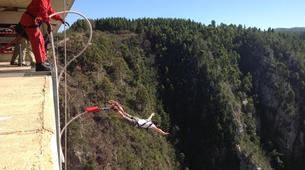 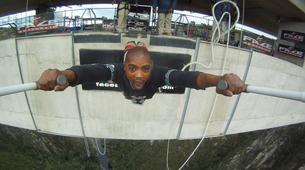 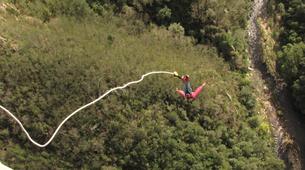 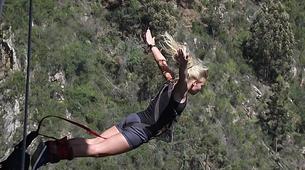 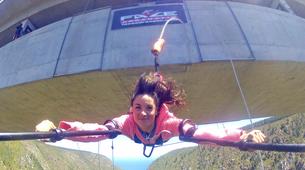 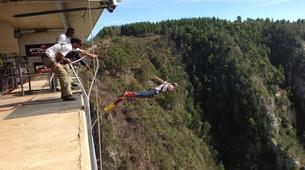 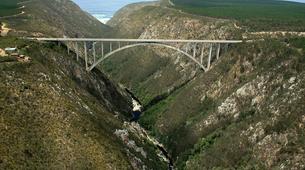 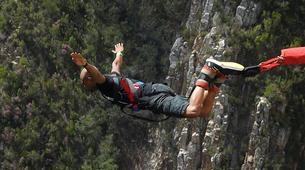 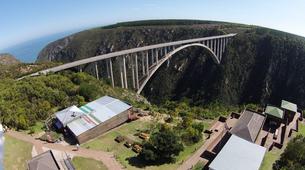 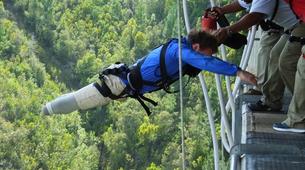 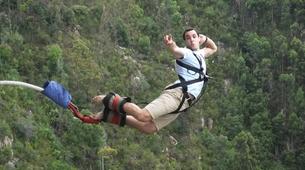