On October 3, 1993, Rupert Hirner dared to do the first ever bungee jump from this impressive spot! Five years later in September 1998, the first official bungee jumps were allowed from the bridge. This progressively led to a week of bungee being permitted, which went onto two weeks and before you knew it, you could bungee jump from Europe Bridge all year round!

Since then thousands of bungee jumpers have taken that step into the void from one of the most spectacular and tremendous bungee stations in the world! Rupert and his team of trusty guides are looking forward to encouraging you when you’re ‘on the edge’ right before you JUMP!

Innsbruck
Innsbruck is renowned for its imposing bridge, Europabrücke from where the bungee jumps take place. It is one of the highest and most remarkable places to bungee jump from, rendering bungee more than an adventure above the ground. It’s the perfect and unique tool to conquer your fears and enter a new way of life with more self-confidence.

The exhilarating sport of bungee jumping is becoming increasingly popular in Tyrol, due to Europe Bridge’s height and the surrounding location, making the spot the perfect backdrop for bungee jump.

When you jump you will reach the speed of 100 km/h in two seconds and a total of 120 kph/74.6 mph. The flying time is 5 seconds. When you fall, the bungee cord will accelerate you back until you will feel absolutely weightless, just before you fall again!

All participants must be
- At least 16 years old
- Healthy and of an average fitness
- Weigh between 50-105 kilograms (with your clothes!)
- Be courageous

A video recording of you jump can be purchased on site for 29 euros. 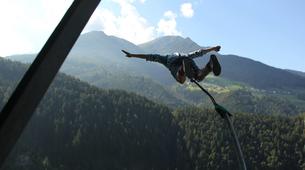 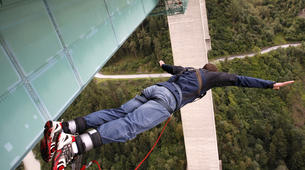 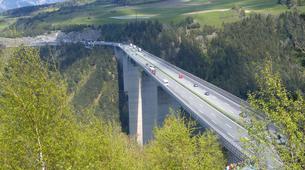 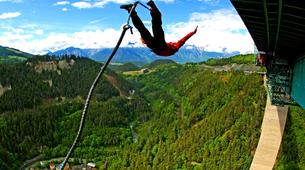 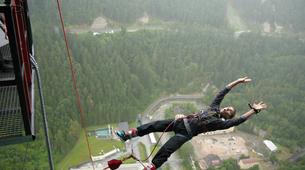 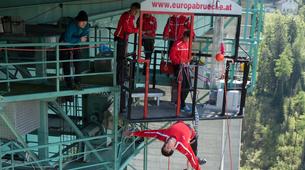 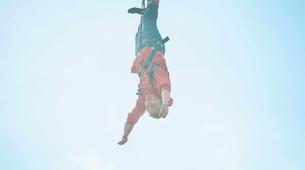 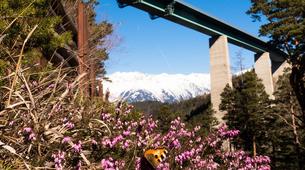 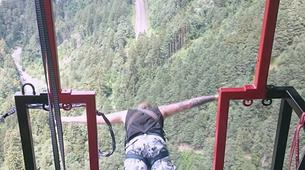 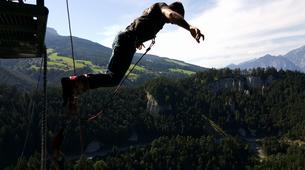 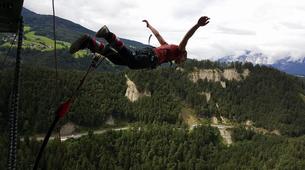 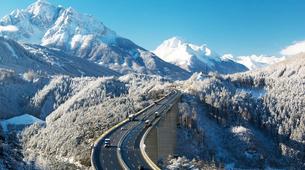 Activity was well aligned and organized throughout

Life begins at the end of your comfort zone
PPrimož B. Slovénie

I am proud and grateful that I jumped for the first time at your place.

The activity was amazing, I felt really relaxing and the view was beautiful

Bungee jumping was the craziest thing I’ve ever done. The free falling was calming and it was just so badass all around.

I loved it. Such an adrenaline rush. Want to bungee again!

The jump was great. The staff was very very pleasant!

It was my first jump and I have to say it was one of the best experiences ever!

It was just perfect! I recommend it to everyone who is thinking about it.

The Europabrücke Bungy is by far the most scenic places that I have jumped at! Surrounded by the Alps and lush green forests, this place is truly beautiful!!

We did a 192m bungee off a bridge in Innsbruck as a surprise for my partner’s 40th.

not be blank
DDavid W. Allemagne

Gripping, fun and worth doing,