Witness the world’s largest mammals from the sky on this whale watching helicopter tour in Kaikoura.

One of the few places on planet earth where whale numbers can be witnessed in their hundreds, explore the biodiverse Kaikoura coastline from above on this exclusive whale watching helicopter tour. Allowing you to experience the true size of the 50-tonne sperm whale as its feeds just offshore – circle these gentle giants safely, giving you a unique perspective that can only be achieved from the air.

Location
Kaikoura is located on New Zealand’s South Island – only a two-hour drive from Christchurch. Home to a thriving NZ fur seal population along with over 30 species of cetacean, the peninsula is also known for its impressive volcano that last erupted in 2016. The airbase is situated 8km from the centre of town at Kaikoura airport

Activity
Meet your pilot at Kaikoura airfield for this scenic helicopter flight and whale watching experience. Experience the best of the peninsula by land, air and sea on this specially adapted helicopter flight. Taking off from the local airport, head off up the Seaward Kaikoura Ranges and along the Pacific Ocean on this wildlife-spotting safari – circling Mount Fyfe on your search for local marine species. There are four options available that range in length from 30 mins to 1h20 mins – allowing you to concentrate on whale spotting or exploring the region as a whole. Kaikoura is renowned as a biodiversity hotspot due to the 3km deep offshore canyon which runs along the coast. Resident sperm whales, common dolphins, dusky dolphins, Hector's dolphins, bottlenose dolphins, New Zealand fur seals and visiting whale species such as; humpback whales, blue whales (largest living mammal on earth), southern right whales, long-finned pilot whales, orca migrating through may also be sighted. Whichever option you choose, your pilot will be able to safely circle the space below – allowing you to take aerial photos and capture the whole animal from head to tail! Once you have completed your circuit, return to the airbase where your activity will end.

Conditions
Helicopters used in this activity are classed as eco-copters due to their quiet noise signature, which means there is less disturbance to marine life during flights, showcasing natural behaviours and providing superior viewing.  Total passenger capacity is 5 – not including lap-held children under the age of 3 years old. 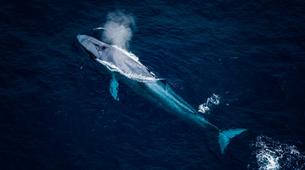 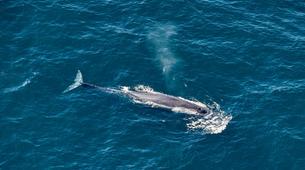 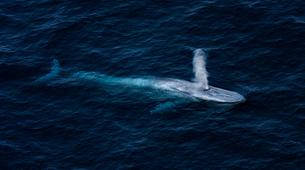 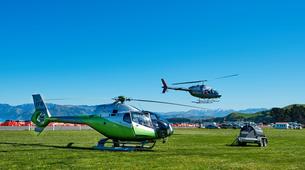 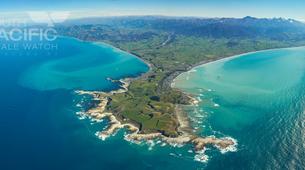 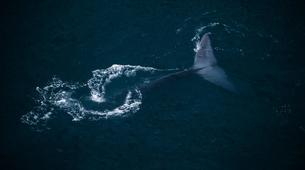 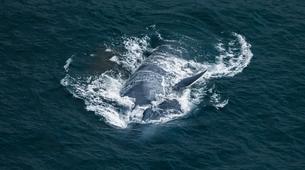 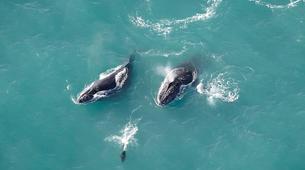 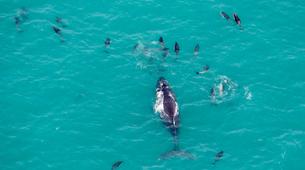 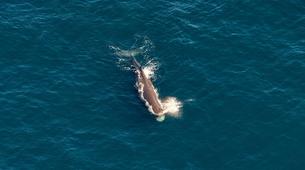