Bubbling up from the earth's core - the hot springs of Segesta are a welcomed treat for the hardy off-roader looking to explore the beautiful backcountry of Sicily's tectonic west coast...

Ask around and you won't find many locals willing to give up the location of Segesta's mythical hot springs. Stricken from the guidebooks, this local-only oasis has become a closely guarded secret. Rumoured to have healing powers used by the ancient Greeks, today its mystical waters remain untarnished by the hands of time - offering the ideal moment of relaxation on this scenic countryside 4x4 tour.

Location
Situated inland from Trapani, Calatafimi-Segesta is an hour drive from Palermo's Falcone–Borsellino Airport. Renowned for its large agricultural wealth that includes popular wineries and orchards, the small town is better known for the ancient Greek temple of Segesta and the amphitheatre that dates back to the 5th BC - both of which are part of the Segesta Archaeological Park.

Activity
Heading out on 2-seater quad bikes from Baglio Pocoroba farm into the local countryside, this guided tour will travel through neighbouring orchards and vineyards before stopping in a secret location for a swim in the Segesta thermal baths/hot springs. After drying off, the guide will lead the group into Segesta Archaeological Park and visit the 5th-century Greek temple before returning to the quad centre.

Conditions
Using wide dirt tracks and back roads, the tour is conducted at a leisurely pace and is recommended for beginners and families alike. August is the hottest month in Sicily with an average temperature of 22°C (72°F) and the coldest is January at 9°C (48°F) with the most daily sunshine hours at 10 in July. The wettest month is December with an average of 78.6mm of rain. 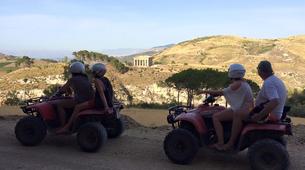 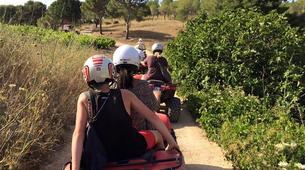 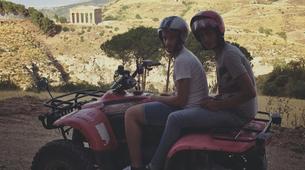 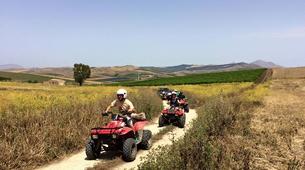 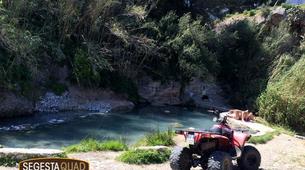 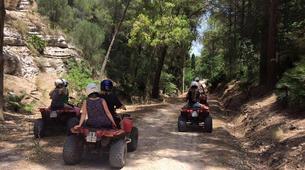 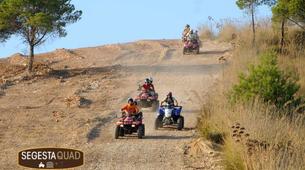