Making its mark on the landscape 50,000 years ago - Mt Etna has cast a long shadow over Sicily since before the dawn of man. Follow its mythical smoke trail up to dormant craters with expert volcanologists, Guide Vulcanologiche Etna.

In a constant state of activity, Etna has an almost magnetic quality - drawing adventure tourists and mountaineers to its smokey rim in search of fiery thrills and heart-stopping eruptions. Today, the 4,000m mountain rumbles steadily, its summit burning brightly from mini craters that touch the sky.

Guide Vulcanologiche Etna offers two unique trekking excursions up the north and south faces of Etna. Custodians of this exciting geological landmark, their group tours provide an in-depth look at its tectonic legacy - and what Etna might have in store in the future...

5km Northern Etna hike (2,100m):
- Trek from Piano Provenzana to the fracture resulting in the 27 October 2002 eruption - one of the most explosive flank eruptions of the past 150 years.
- Visit the dormant craters of the September 1911 and June 1923 eruptions
- Follow the pyroclastic cones to Hornitos and Ponte di Ferro at 2,100m

6km Southern Etna hike (2,900m):
- Nicolosi Etna Sud cable car up to 2,500 meters
- Trek to the Cratere del Laghetto summit resulting in the 2001 eruption.
- Visit Cisternazza, formed during the eruptive activity of 1792 which threatened the village of Zafferana etnea.
- Reach the Valle del Bove for amazing panoramic views
- Pass the Barbagallo Craters before descending via the cable car. 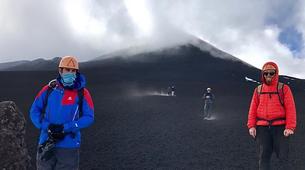 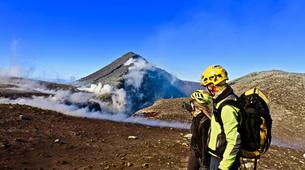 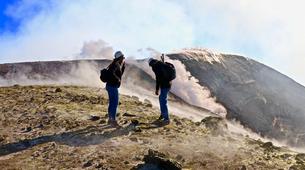 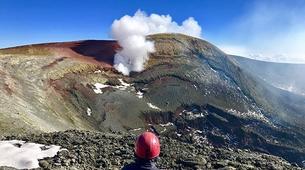 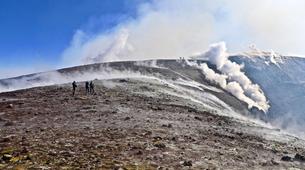 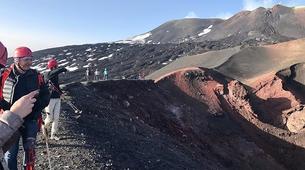 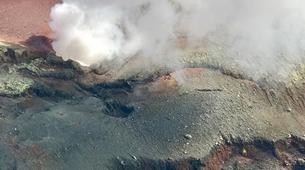 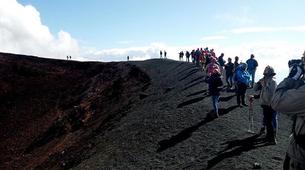 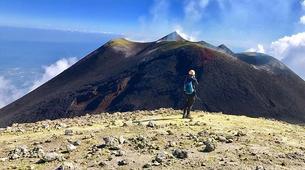