Sicilia in Bici has several mountain biking trails for intermediates so you can have the perfect balance between an amazing mountain biking ride and enjoyment of Mount Etna and the region's beauty on a half-day outing.

The Rocche dell’Argimusco (Argimusco rocks) route will start at Morfia, a village in 1954, then you'll ride north until reaching a dirt road. You'll then ride the Nebrodi ridge, from Sella Mandrazzi to Piano Polverello. From the Malabotta woods, you'll ride onto a paved road towards the Argimusco plateau and the ancient rocks. On your way back, you'll follow the same time until the road splits and you continue to Mount Paulera. The last stops will be a fountain called dell’Acqua salutari, Sella Mandrazzi.

The U Rizzu route is considered a  “not-for-everyone” ride. 52 km. of which almost 80% is on dirt roads can be quite tricky and demanding. The ride starts riding along a Roman path that will lead you to the summit of the Badissa before descending towards the Pisciotto pool. On your way there, you'll border the Trearie pool. You'll pedal uphill the mount Trearie and then you'll descend to Rifugio San Paolo and the Raimondo Gate. The last climb will take you to Caserma Zarbata on a wide slope towards Floresta.

The Etna southern side route will take you deep a lush green pine forest, passing next to the Nuova Gussonea botanical garden, and the altar dedicated to St. Giovanni Gualberto. Then, you'll ride 4 km. uphill on a dirt road leading you to Rifugio Galvarina. You'll reach the highest point of the route: Mt. Palestro (2000 m.). Then you'll start the downhill, you'll pass the mountain hut of Poggio La Caccia and ride through a birchwood the cave of Mt. Nunziata. You'll make another short stop at Mt. Scavo shelter. The 9 km.-descent will take you through lava deserts and lush woods.

The Etna summit crater route will take you to the highest active volcano's crater. This challenging trail, of about 30 km., has a variety of landscapes such as old lava flows, ancient and recent craters, deserts of lavic stone, and pine woods. You'll start at Rifugio Sapienza and ride onto a steep slope towards the Torre del Filosofo, an ancient shelter a few steps away from the top of Etna. Then, you'll pedal around the summit of the mountain, then rush in a long descent, passing by the white domes of the astronomical observatory of Pizzi Deneri, in Piano Provenzana.

Finally, the Etna high-mountain route will start at the Melia Gate, the southern access to the Altomontana track. You'll pedal along a dirt path at an average height of 1600 m. The trail draws a loop around the volcano giving you an amazing view of the diverse landscape offered by Etna: shrubs, fragrant pine forests, desert lava fields, high mountain huts, caves, and beechwoods.

After about 36 km., you'll reach the northern edge of the track: the Caserma Pitarrone. Then, you'll enter the pinewood of Ragabo and pedal until you get to the provincial road Mareneve. You'll ride downhill onto a steep slope which leads to Zappinazzu, the biggest pine on Mt. Etna. Then, you'll continue to Mt. Crisimo, the Cerrita wood, the Magazzeni church, and Zafferana Etnea.

The specific route will be determined considering your fitness and skill level, weather conditions.

All participants must be in good health. Minors must have authorization from their parents.

The specific meeting time and meeting point will be arranged after booking. 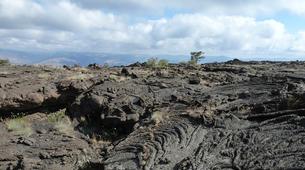 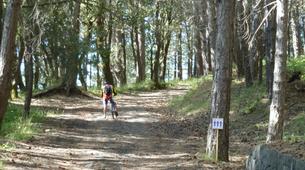 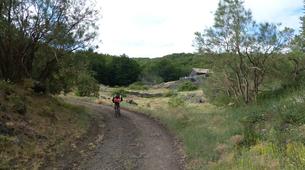 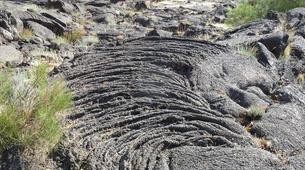 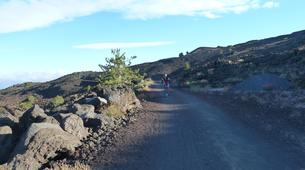 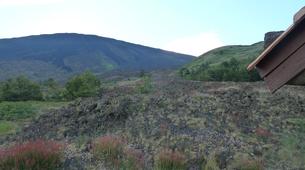 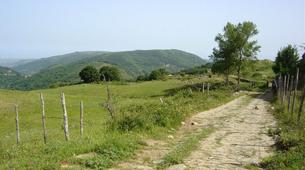 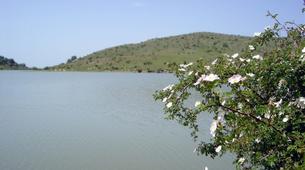 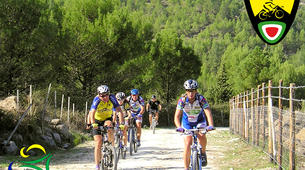 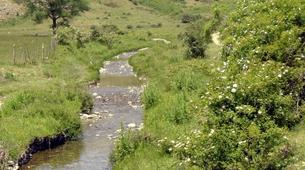 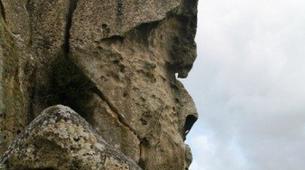 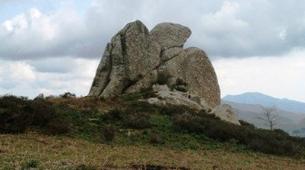 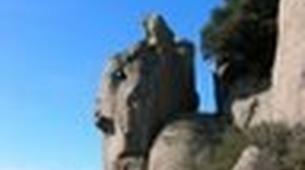 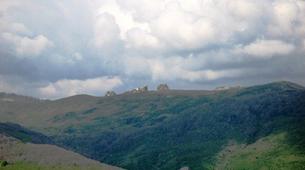 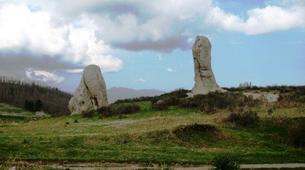